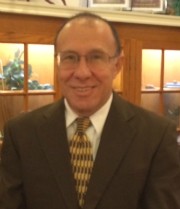 Mark Lehman was born in Rangoon, Burma in 1957 while his father was conducting research in anthropology. He received much of his primary and secondary education in Champaign, Illinois. Mr. Lehman completed his secondary education in London, England, receiving “A-levels” in chemistry, biology, and British Government. He then went to study linguistics at the University of London’s School of Oriental and African Studies, where he received his Bachelor’s Degree in 1980.

Returning to the United States in 1980, Mr. Lehman also studied at the University of California, Los Angeles, and worked at Secom International for over ten years.

In 1994, resolving to pursue a career in law, Mr. Lehman returned to Champaign and attended law school at the University of Illinois, where he received his Juris Doctor degree in 1997. While studying for his degree, he worked as a law clerk for Mr. Doyle. Upon receiving his license to practice law in Illinois, he became a full time associate with the firm in 1997 and a shareholder in 2003. During a hiatus from approximately 2009 through 2014, Mr. Lehman pursued other legal interests, returning to work with Mr. Doyle in June of 2014.